What I really li I've taken several terrorism and national security courses as an undergraduate and graduate student, so I'm used to terrorism as a more concrete phenomenon in that we have an attack and we seek to decipher the means and motivations of whoever carries out the attack. What I really liked about Primoratz analysis is that unlike many philosophical texts, it reads like something a reasonably educated person can read it without having devoured the texts of humanities greatest philosophers.


A second major selling point is that the author uses two cases: the Allied bombing of Germany and the use of terrorism in the Israeli-Palestinian conflict. These cases help illustrate the main point of the work that terrorism cannot be morally justified. The case studies add depth to the argument as opposed to pages upon pages of moral argumentation that usually ground most philosophical work.

His third, fourth and fifth subjects are the general arguments for terrorism. 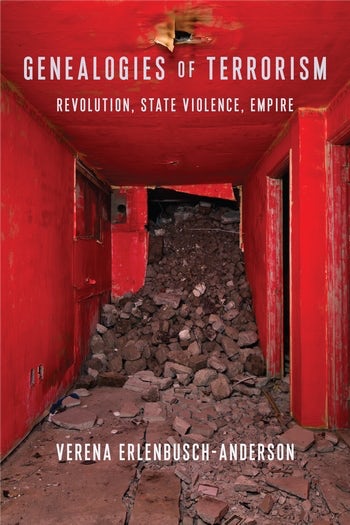 They are that the common citizens who are its victims are not really innocent, that despite their innocence there are consequences of terrorism that outweigh the bad, and that the injustice to these victims is outweighed by greater injustices to which the terrorism is directed. These general arguments are not merely bad-mouthed but defeated. The sixth passage of argument is on the still general but reluctant view that there can be circumstances of supreme emergency in which terrorism, probably state terrorism, is justified.

Primoratz accepts a more restricted view, having to do with what he calls the avoidance of moral disaster. Terrorism is almost absolutely wrong but, seventhly, not distinctively wrong. We end with two particular case studies. The first is of our terror bombing of Germany in the Second World War, which Primoratz's definition of his subject should not allow him to avoid calling terrorist war.

The second is of the terrorism of the state of Israel and of the Palestinians. Both are condemned with persistent argument and passion. This summary of mine gives you nothing much of the lovely reality of the book, which is sustained clarity, consistency and not leaving things out. It is calmly resolute.

No cant in its passion, only plain English. It is out of sight of tedious liberal vacuity. It is not pious stuff from a department of peace studies. It is not intoning about hierarchic democracy.

If it may strain the powers of concentration of an ordinary coalition MP or an ordinary congressman, and be too much for a minister of education, it only asks more independent intelligence and a little diligence. It is worth disagreeing with.

The matter of definition, putting aside the practical problem of the obvious inanities, remains difficult. I do not agree that a definition of terrorism is decent if it imputes special lowness to it by passing over the closeness of terrorism to war with respect to the facts of war's foreseen and hence intentional killing of innocents and its purposes of intimidation and coercion. I myself am educated by Primoratz, made more uncertain.

But I hold to the view that an articulated general principle of right and wrong is needed for consistent enquiry into terrorism, say the Principle of Humanity. It applies an articulated morality to terrorism and to civil disobedience. It links these, originally, with secession.

It makes philosophy work in the world we now know. It is clear, scholarly, reflective and argued thinking, essential to all of us. It seeks truths in passions. You do not have to agree with all of it to know it's value.

This is a book that will challenge the serious reader, indeed. Corlett goes in for careful analysis, and doesn't flinch at conclusions that might be unwelcome to some. He's owed an answer, for sure. JavaScript is currently disabled, this site works much better if you enable JavaScript in your browser.